"Our herd of camelids" by WindRanch is licensed under CC BY-NC-ND 2.0.

Every other year camelid health experts from around the world gather at the International Camelid Health Conference hosted at the Oregon State University Carlson College of Veterinary Medicine to share research and discuss health care for these unique creatures.

“I am adamant that this conference saves lives. We get good international participation and the exchange of novel ideas. We provide an accessory outlet for newly generated information. We have good conversations to share experiences. All this leads to the improved health care of camelids worldwide,” said Dr. Christopher Cebra, Glen Pfefferkorn and Morris Wendorf Endowed Professor in Camelid Medicine.

He leads the conference effort for Oregon State, and is “the only endowed professor of camelid medicine in the world,” according to Susan J. Tornquist, Lois Bates Acheson Dean of the Carlson College of Veterinary Medicine.

In this year of the COVID-19 pandemic, the conference was hosted virtually for the first time. Rather than considering it a hindrance, Cebra and his organizing committee took advantage of the opportunities that a virtual conference allows. They offered both daytime and nighttime sessions to allow for people to attend on a schedule and time zone that worked for them.

“By making it virtual and also having an unusual schedule, we were able to accommodate speakers and attendees from all over the world. More so than would have been possible even with open travel,” Cebra said. 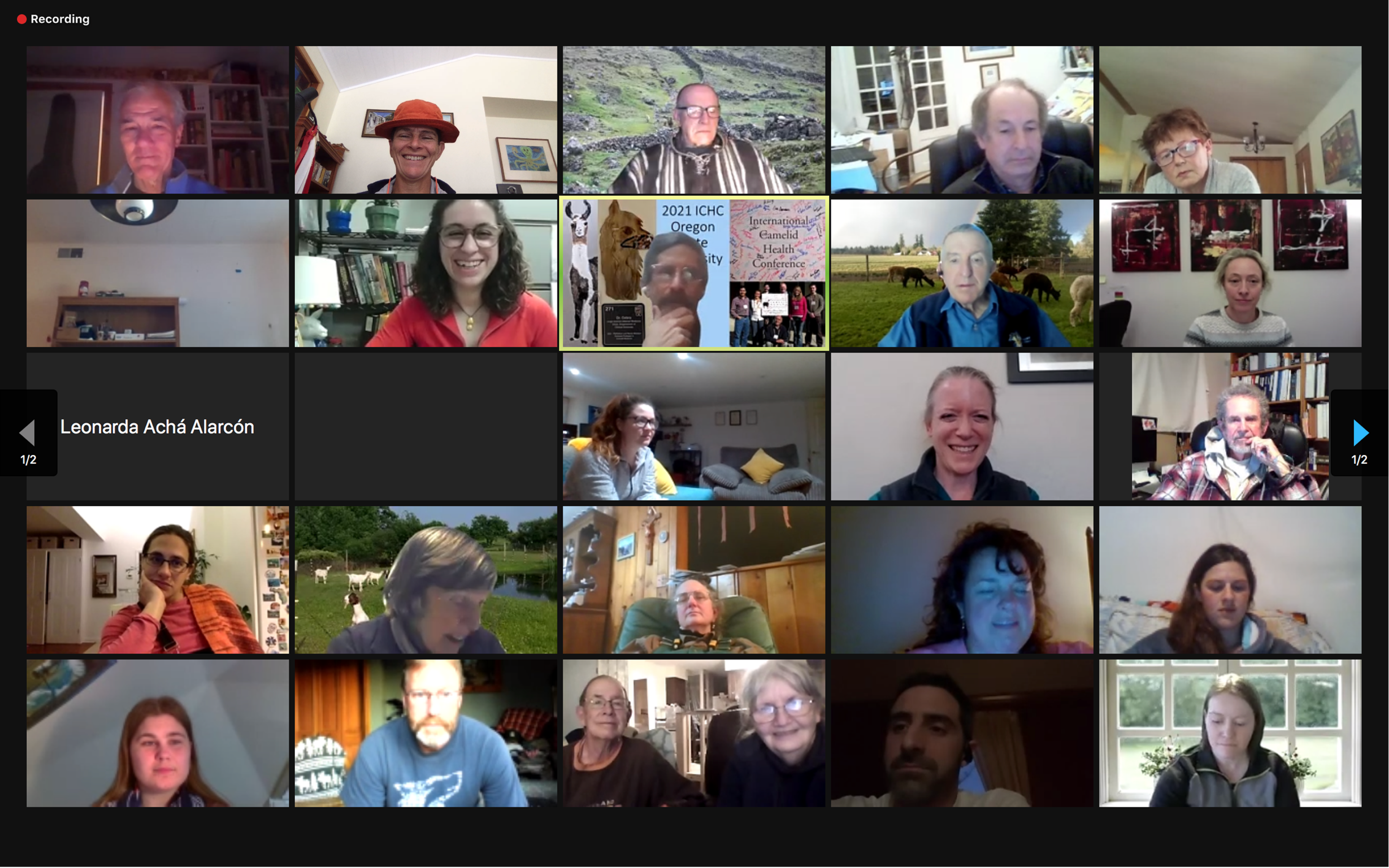 All told more than 270 people from six continents attended and listened to talks from 24 presenters from nine countries, including four from Oregon State. According to Cebra, standout presentations included:

“We at Oregon State and many of our presenters had a year of experience with Zoom, and I think that showed in how well the event went off,” Cebra said. “This was successful enough, that we will consider continuing virtual events in the future.”

By virtue of being virtual, organizers were also able offer the conference free of charge for the first time ever. Something Cebra is particularly proud of.

“The ICHC continues to be the premier camelid health care conference in the world, where vets and researchers freely share knowledge and exchange ideas,” Cebra said. “It was all about bringing people together in spite of COVID and because of COVID, and I think it was incredibly successful. Glad to have hosted.”

Ella is a rescue pig living at Morningside Farm Sanctuary in Veneta, Oregon

Bernie received an MRI, ultrasound and spinal tap at the teaching hospital.

10,000 specimens were processed by the molecular diagnostics team last year.

Barbour's dream job is to be a zoo vet at the San Diego Zoo.

Becki Francis, CVT, says goodbye to Lil Buck before he leaves the hospital.

In this presentation, Dr. Stacy Semevolos and Dr. Katja Zellmer describe how to handle common sports-related injuries in horses.

“It was all good feelings today. Good medicine today. The four-leggeds brought us together,” Johnny Smith says.