There’s an ancient adage: a cord of three strands is not easily broken. Akira, a husky-Akita mix, was the third strand woven into the lives of Aubrie Piper and her partner Charlie Beckers.

For the first 18 months of her life, Akira bounced from one new home to the next. First, welcomed to a family. Then rejected. Eventually she ended up with Rescue Rovers, a foster center based out of Sandy, Utah in the Salt Lake City metro area that saved animals from high-kill shelters in neighboring New Mexico.

Piper and Beckers were living in Salt Lake City while Beckers worked on his graduate program at the University of Utah. “They were allowing us to live on campus and have a pet,” said Beckers, who now supervises staff and students who run the residential halls at Oregon State University. “We're always focused on caring for others and giving people a second chance and all of that. So, we knew that we wanted to rescue.”

According to her case files, Akira had been un-homed three different times in quick succession, because “people were saying that she was just too much energy,” Beckers said. Huskies of course are working sled dogs, and Akitas originated as hunting dogs. It wasn’t that Akira was “too much energy” but rather that her previous humans were perhaps too little energy.

Piper’s experience with pets had been limited to “gerbils growing up,” so she’d never had a companion animal to take a jaunt with. On Akira’s first day with the couple, Piper took her for a sunset run through the University of Utah campus. “It was just fascinating to see that she was like, ‘Oh, the human will run with me,'” said Piper, who works in crisis management as the assistant dean of students and director of student care services at Oregon State. “And that was really neat cause I had never run with a dog.” They were the first of countless miles that Akira would take with her and Beckers over the next six years.

The three became a staple of campus life as they crisscrossed first the University of Utah’s footprint, and then after Beckers’ graduation, the 422 acres of the Oregon State University campus in Corvallis where the couple moved for work.

“Because we live on campus she was always meeting students, always greeting people, always walking around the outsides of the residence halls,” Beckers said. “And she would hang out with the students and just let them get their love on.”

“The joy I would get from walking her around campus,” Piper added. “A lot of students who are away from home for the first time, they miss their pets. I never minded the really long loving stares we would get. We knew it was directed at the dog.”

Akira became a de-facto therapy dog. Letting students and staff relieve some stress through the warm touch of cold-weather fur and the nuzzles of a cozy nose. She did the same for Piper and Beckers. They love helping students navigate college and living and learning, but there’s a lot of crisis management as well. This can take a toll. “If one of us was having a really challenging day, like that was the person that she was going to sit next to for the entire day,” Beckers said.

April 26, 2019, was an extremely challenging day. But this time it was Piper and Beckers who would need to be there for Akira.

That was the day Akira was diagnosed with multicentric lymphoma, a fairly common type of cancer that affects the lymph nodes throughout the body. Akira hadn’t been feeling well, and the diagnosis was the culmination of a couple of months of trying to figure out what was going on with their veterinarians at West Hills Animal Hospital in Corvallis. Eventually, “they had to drop the C word, like it could be cancer,” Beckers said. “But the thing that was amazing to us was the relationship they had with Oregon State. They were able to talk with us and say, ‘You are incredibly lucky to be in a place where we have specialists that we can call today.’ … and they helped us make a referral and got us an appointment.”

Oregon State is home to the Carlson College of Veterinary Medicine’s Lois Bates Acheson Teaching Hospital where board certified veterinary specialists, including oncologists, teach the next generation of veterinary students on the job. “The difference of specialists, they were able to just touch her and be like, ‘yeah,’ because they knew what to look for … checking the lymph nodes and things like that,” Beckers said. “It was amazing, also devastating, but to be able to sit down with somebody who is really empathetic, really knowledgeable and talk us through everything, map it all out for us … the expertise, the knowledge was just so welcome.”

The oncology team presented a variety of different treatment options for Akira. “When she was first diagnosed, it was if we did nothing, maybe a month, a handful of months,” Beckers said. “Even in the best case, three months. So it really just depended on how she responded.”

A three-strand cord is not easily broken. “We were willing to do anything within reason for her” as long as Akira still had good quality of life while being treated, Beckers said. They embarked on a chemotherapy treatment plan and adjusted depending on how Akira responded. “Just trying to make the most of it while sustaining her quality of life,” Piper said. “There were a couple of treatment options that we could have pursued, even one of them we had started, and it was just decreasing her appetite too much. And we're like, ‘You know what, while this technically works we're focused on her enjoying her life as compared to sustaining it just for the day sake.’”

Piper and Beckers established traditions to celebrate each day and week they got with Akira. “When she first got diagnosed, we started a new tradition called Sunrise Hike Sundays,” Piper said. Each Sunday, they would pick a new place to explore, or revisit a favorite old haunt, as the sun poured over the horizon. They also established Trail Tuesdays, where they would do special trail runs with Akira. 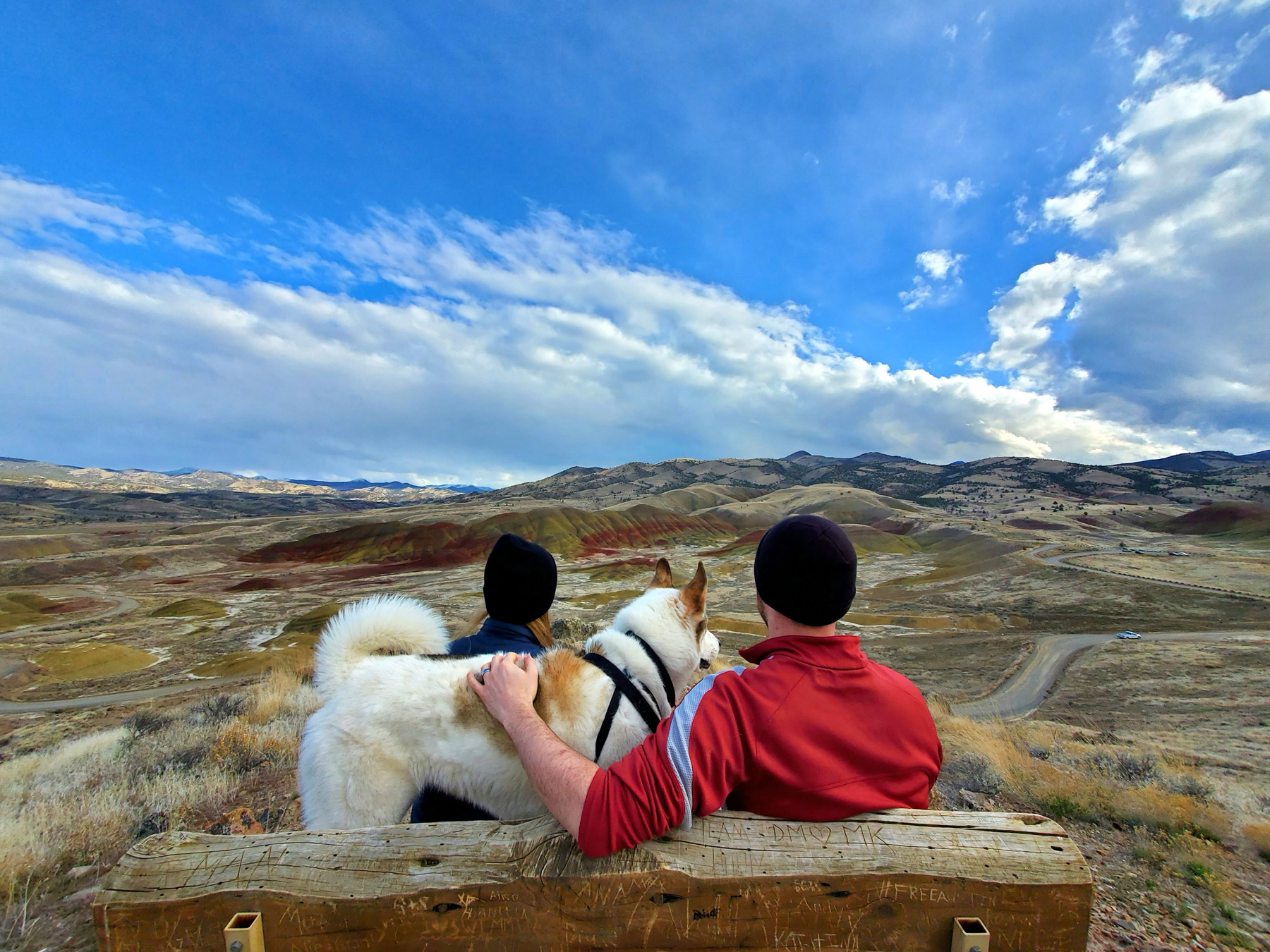 The days kept adding up. Week after week, Piper and Beckers would continue to adjust treatments with the latest research and advice from the oncology team. The weeks stretched into months. The months into years.

“We got 752 days with her,” said Beckers. More than two years of extra memories. “We did a video every day to really capture just how much she gave to our lives. We are outdoorsy people who like to go do those things, but it felt even more inspired to do so because of her,” Piper said.

Akira passed away on May 17, 2021. Piper and Beckers have continued the tradition of exploring in memory of Akira. “We just summited Lassen Peak,” Piper said. “You know the last little bit, I’m uncomfortable around heights, but those are the little things that we’ve continued to maintain as a way of just remembering her.”

Akira means graceful strength in Hindi. And that’s how Piper and Beckers will remember her – the three-strand cord wasn’t easily broken. “I think after everything has been over, it's very much like she was an anomaly. You don't tend to have dogs last this long for treatment. And so, we put a lot of faith in the doctors and their willingness to just try things, but always focusing on her quality of life … she was running with us throughout; she was going on adventures every week,” Beckers said. “We got two years where we didn't think we were going to get a month. If we didn't have access to this campus and the program, I don't know what it would have been … So we're very privileged.”